Although my studio didn’t take part in Cambridge Open Studios this year, we are still very much involved and that’s why I decided to take part in a loveheart painting challenge to raise money for the Arthur Rank Hospice Charity‘s new hospice. My loveheart was on display in my studiomate Neil Warmsley‘s Open Studio that he this year shared with stone carver Keith Bailey. The hearts are all going to be auctioned off later in the year so keep an eye on the Love Your New Hospice Facebook page to see all the lovehearts as they appear and later on for news of the auction! 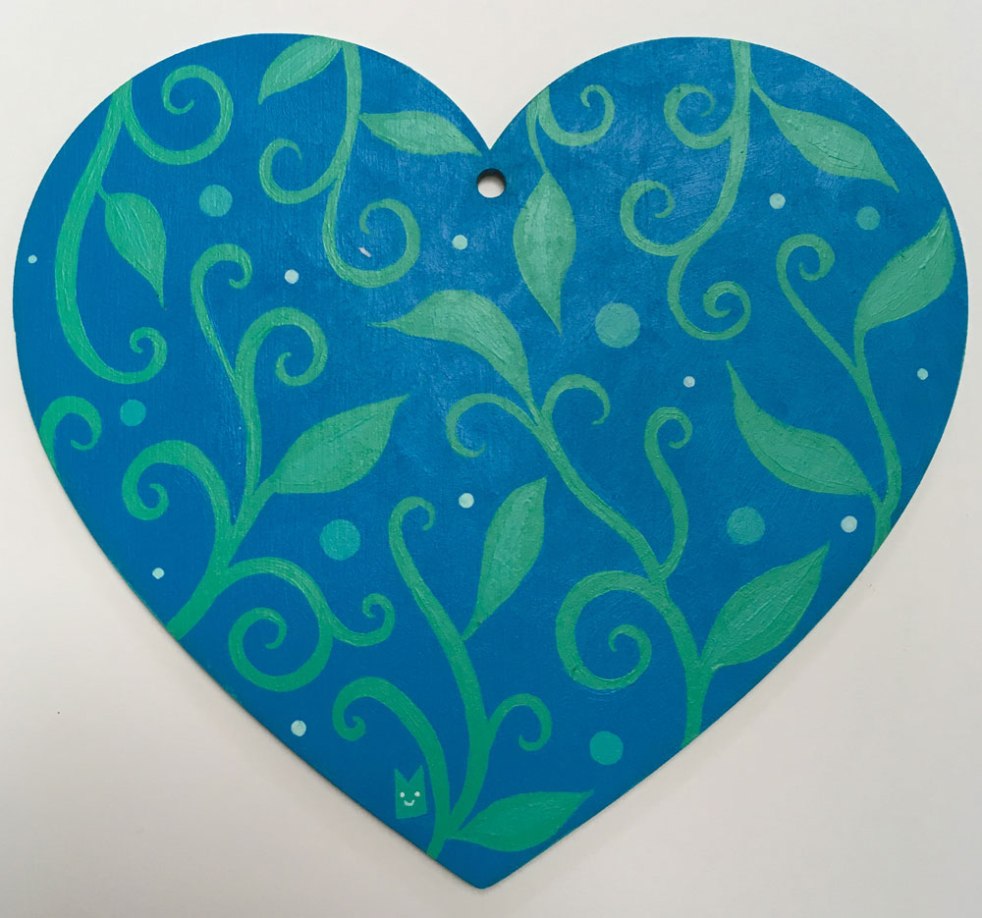